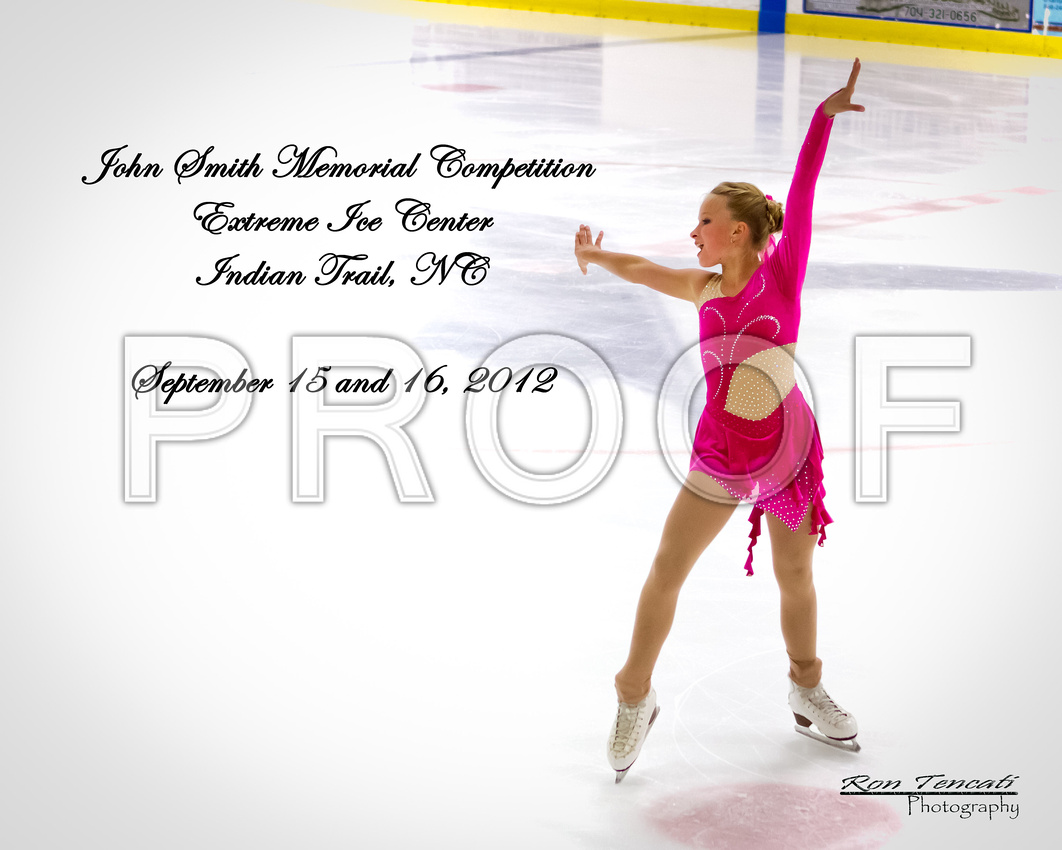 The weekend of September 15 and 16, I had the pleasure of covering the 2012 John Smith Memorial figure skating competition at the Extreme Ice Center, in Indian Trail, NC.   All I can say is... WOW!  These kids have some awesome talent!

It was such an honor to watch these future Olympians compete!

The weekend was not without its challenges for my team.  Two rinks going simultaneously with occasions when they were divided in half so that competitions could occur on both ends of a rink at the same time.  Special thanks to the team of photographers that assisted in covering the event:

There were 230 individual skaters who competed during the two day event. Our team captured over 16,000 photos in total. I culled through them and we posted just over 8,800.  I learned that it takes a lonnnnnggg  time to upload almost 9,000 photos to an internet based website! I thank all the parents for their patience as they waited for the photos to be uploaded.

Thank you too, to the team of coaches and staff of the Extreme Ice Center and to the Carolinas Figure Skating Club for putting on such a lovely event!